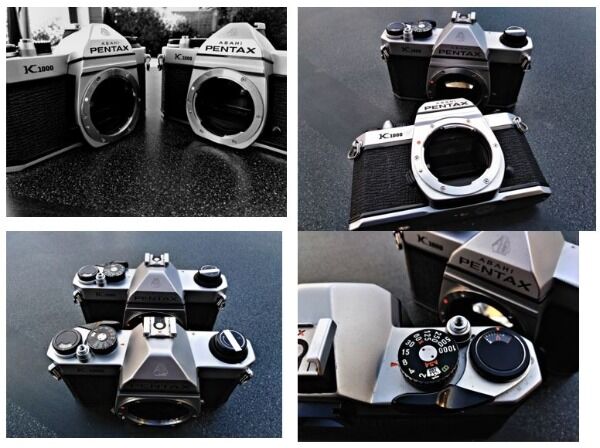 The K1000's inexpensive simplicity was a great virtue and earned it an unrivalled popularity as a basic but sturdy workhorse. The Pentax K1000 eventually sold over three million units. One interesting feature of the K1000 is that it is completely mechanical and whilst it uses a battery for metering, if removed the camera operates fully without metering.

The K1000 was the simplest member of Asahi Optical's Pentax K-series 35mm SLRs. The other members are the Pentax K2, KM, and KX, introduced in 1975, and the K2 DMD of 1976. All have the same basic body design, but with differing feature levels, electronics, and controls. The K1000 was the KM with the self-timer, depth of field pre-view and some other features removed to save cost.
Next
Previous