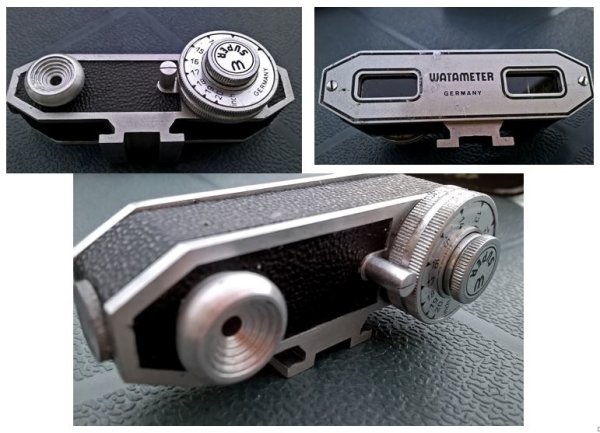 Watameter – German brand of accessory rangefinder produced in the 1960’s, Watameter II (above) was used to measure distances from 55cm to infinity via attachment to the camera accessory shoe.

The principle of using the rangefinders is triangulation.
There are two windows, one of the windows view is superimposed in the other. This is done with an angled mirror behind one window. As the difference between the two windows is known (given), when the super imposed image (a ghostlike image) is aligned with the other, the distance is then given on a scale that can then be translated to camera's focus.
If you are unable to see the super imposed image (as sometimes they are very faint) try to find a dark horizontal line like a tree branch or window frame and see if you can't see the ghost image passing (up or down) and/or aligning at this point.
Next
Previous