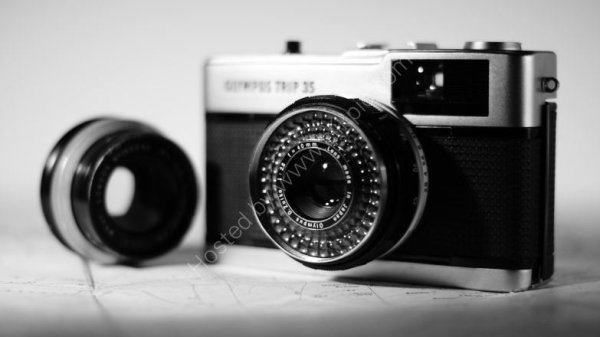 Image Courtesy: Rashmi Yadav
The Metal bodied Olympus Trip with a multi-coated Zuiko 40mm f2.8 lens promoted so successfully by David Bailey in the '70s - a camera capable of producing pictures indistinguishable from those taken with a top professional 35mm camera.
It was introduced in 1967 and discontinued, after a lengthy production run, in 1984. Over ten million units were sold.
The Trip is simple to use. It has an auto-exposure system operated by a selenium photo-electric cell light meter to control the lens aperture. The beauty of this type of meter is that it doesn't require batteries.
Unless you are using a flashgun, the aperture ring is set to "A" for automatic. The camera will then adjust the aperture as required
The focusing ring is marked with distances on the underside for the rare occasions when you need to be that accurate, and with symbols on the top of the ring - a head and shoulders to indicate 1 metre, two figures to indicate 1.5 metres, three figures to indicate 3 metres and mountain peaks to indicate infinity.
The viewfinder has a main frame and markers to indicate the slight framing adjustment required at the 1 metre setting to allow for the parallax error caused by the lens and viewfinder being in different positions.
Next
Previous