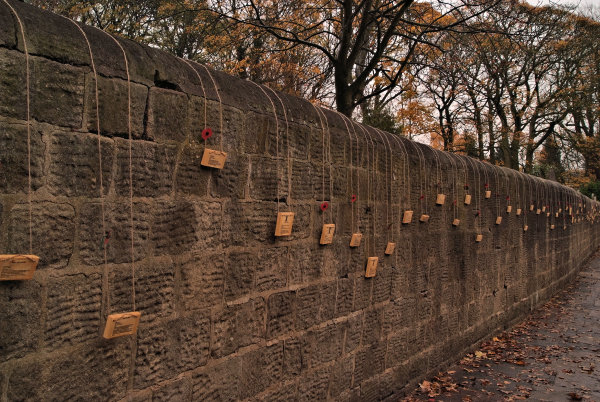 So having two daughters in the Air Cadets I took on the role as unofficial photographer at yestardays Armistice event in Guiseley, I did a recci the day before to try and work out which lenses to use and where to position myself throughout the march.

It's pretty scary capturing an event where a large group of people are involved and they are marching and it's pouring with rain and the lighting is poor.

So having done the recci, on the day the lighting was terrible and around 10:30 it started to pour with rain, so this presented quite a few issues, firstly I attempted to keep the camera dry inside my jacket, of course then it steamed up when I removed it to take images.

I was then forced to increase the ISO and use wide apertures with shutter speeds around 1/80th sec, not ideal, but all looked fine on the preview screen, I was also using continuous shooting mode so had about 200 images to check through after the event so the slower shutter speeds might be ok with so many images to choose from.

In the end I had 22 images that were acceptable but not brilliant.

I might have to consider using off the camera flash if this happens next year or maybe pray for sunshine like we had at the 2017 event...
Next
Previous